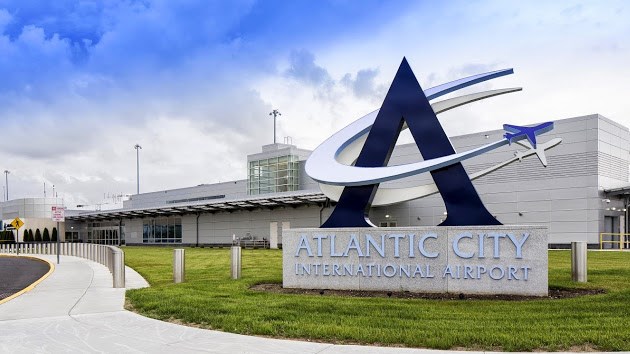 After neighbors in Pennsylvania rejected an airport slots bill yesterday under the premise that it might “cannibalize” the state’s casinos, one lawmaker in New Jersey proposed a similar plan to increase revenue by installing slot machines at AC International Airport. He rejected the idea of cannibalization, saying it would pose no threat to the Atlantic City casinos.

Voters in New Jersey are already faced with an opportunity to decide whether two new casinos should be built in North New Jersey. But some say the constitutional amendment, if approved come November, would go against everything Atlantic City has worked to build since casino gambling was first legalized in the Garden State 4 decades ago.

It goes without question that Atlantic City casinos are wholly opposed to that plan, but according to Assemblyman Tim Eustace, who proposed the new airport slots amendment [ACR177] on Thursday, his concept poses no threat to the city’s gambling industry, despite being located within the boundaries of Atlantic City and just 12 miles from the gambling resort community.

The text of Eustace’s airport slots proposal, introduced and referred to the NJ Assembly on Tourism, Gaming and Arts on Thursday, has not yet been made public. However, it’s short description is indubitably indicative of its intent:

In a phone interview with media, Eustace called the constitutional amendment an “easy fit” to meet the state’s current challenge of “creating innovative revenue streams.” He added, “It doesn’t pull anything out of any of the businesses’ pockets and actually adds something.”

The proposition leaves a lot to the imagination of the State Legislature. ACR177 simply defines its purpose, asking lawmakers to authorize the installation of slot machines at Atlantic City Intl Airport. It would be up to legislators to determine the finer details, like which slots would be permissible, how many, where they should be placed within the airport, what rate to tax them at, and how to divy up those proceeds.

Eustace defended the amendment as a positive revenue stream with no drawbacks for Atlantic City casinos.

“You know what a hassle any airport is any time,” said Eustace. “The idea is people are stuck there for sometimes hours at a time. So I really don’t think people are going to go out of their way to an airport for entertainment.”

Atlantic County Executive Dennis Levinson disagreed with Eustace. “I would seriously suggest, and all of us are of one mindset down here, that there should not be casinos anywhere in New Jersey outside of Atlantic City.”

Atlantic City Mayor Don Guardian essentially side-stepped the question when asked his opinion on Assemblyman Eustace’s airport slots measure. He intimated that the revitalization of Atlantic City casinos and the community as a whole was much more important at present.

“Right now, we are focused on revitalizing Atlantic City and want to maintain our focus on that,” stated Guardian. “Big changes are ahead and we need to concentrate our efforts on that revitalization.”